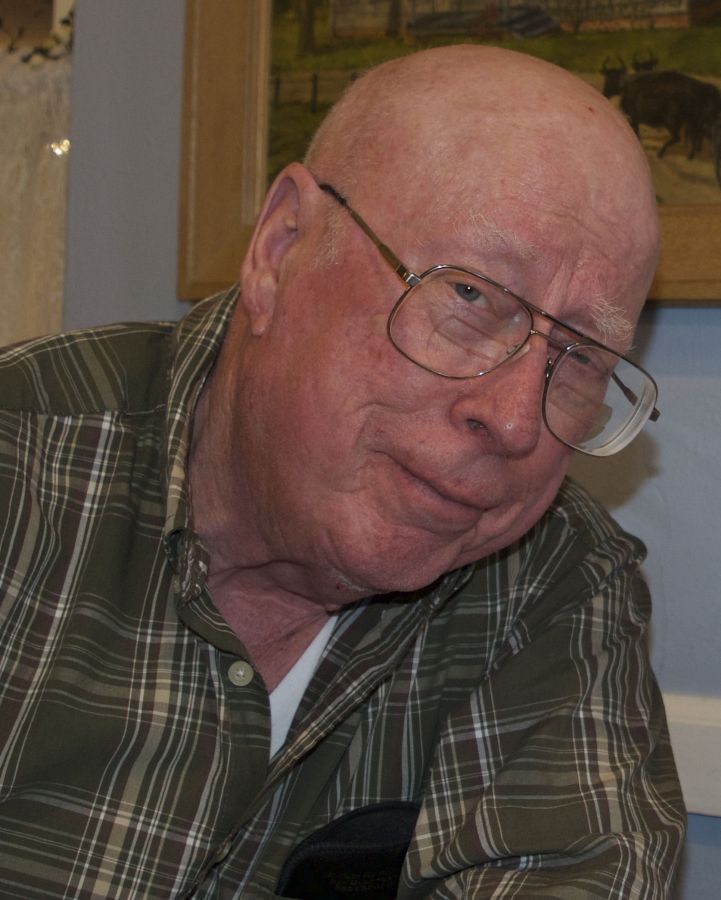 Terry Nicholas "Nick" Toutsch, 78, of Maquoketa, Iowa, passed away peacefully on Monday evening, January 20, 2020, at the University of Iowa Hospitals and Clinics under Hospice Care in Iowa City, Iowa.

Memorial Services are pending. Cremation has taken place and burial will be at a later date.

Terry Nicholas Toutsch was born on May 5, 1941 in Waterloo, Iowa, to Harvey Nicholas and Ruth (Hinkel) Toutsch. He was a 1959 graduate of Fayette High School and then attended Upper Iowa University graduating in August of 1963 with a bachelor's degree. He married Nancyjane Fellows on January 26, 1963 in Fayette, Iowa. Two children were born to this marriage, Mandi Lea and Ansel Nicholas.

Nick had first worked on the family farm, and while in college he measured land for the United State Department of Agriculture - Farm Service Agency. Upon graduating from college he moved to California where he worked for the CalFire - Department of Forestry and Fire Protection Services in Trinidad, California. Returning to Iowa, he became a teacher working for the Delwood Community School District as an art teacher and a social studies instructor. He also worked for the Central of DeWitt Community School District in Welton, IA as an art teacher.

Nick was an avid model railroad enthusiast and was a member of several train organizations. He loved creating scratched built barns, railroad dioramas and scenes for model railroad layouts. Additionally, he enjoyed photography, most notably taking photographs of landscape, wildlife and railroads as well as teaching photography in the college for kids program. He also loved traveling the backroads throughout the United States and Canada.

Those left to honor his memory include his wife, Nancyjane Toutsch of Maquoketa, IA; children, Mandi Lea Toutsch of Bettendorf, IA, and Ansel Nicholas Toutsch of Maryland; and a brother-in-law and sister-in-law, Mark and Martha Fellows of Hammondsport, NY and many nieces and nephews. He was preceded in death by his parents, a brother Robert Toutsch, and sisters Evelyn Toutsch and Joan Hackett.

In lieu of other expressions, memorials may be directed to the Jackson County Historical Society Train Depot Fund, Ohnward Fine Arts Center or Camp Courageous of Iowa.

The Carson Celebration of Life Center in Maquoketa is caring for the family. Online condolences may be left at www.CarsonAndSon.com.

Aunt Nancy, Mandi, and Ansel, You are all in my thoughts and prayers during this difficult time. I have great memories of Uncle Nick visiting us as kids, and us visiting Maquoketa. I loved to glance at his work. I still have all of his Christmas card train photos. We are all wishing you comfort at this time. With Love, Karen, Ben and Eamon Sones

Nancy, Mandi, and Ansel, thoughts and prayers sent to you during this sad time. May your memories sustain you and lighten the pain of your loss. God's peace be with you all.

Nancy, Mandi, and Ansel,
You have my deepest sympathy for the loss of your husband and father. He was truly an amazing man and educator. I had him as a teacher at Delwood. We struggled with each other, when I was really young. I had gotten into some trouble in his class because of something another student had done. I took the blame and didn't tell on the other student. Somehow, he found out about that a few years later, and he went out of his way to talk to me about it. We now had a mutual respect for each other that ran pretty deep. I never took art class when it became an elective class, but Mr. Toutsch always went out of his way to visit with me and to see how I was doing. Reflecting back, it amazes me, with where we started from, that we actually became friends. Also reflecting back, I think of all the talented art students we had at Delwood, just even in my class. He did an amazing job of cultivating any artistic talent that anyone had. He really had a gift of getting the best out of his students. He will be missed, because he is one that made a difference.

mandi and family so sorry for your loss. my prayers are with you all.

My condolences to Nick's family and friends. I had the pleasure of working with Nick when he was teaching there. A good and gentle man. I was the Principal at that time.

Mr Toutsch was one of my all-time favorite teachers in any school I've ever attended. He made all of us feel like we were budding artists. And when he recognized artistic talent in any student, he spent so much time giving them the extra instruction and encouragement that they needed to build on the fundamentals he taught. Mr. Toutsch really made me believe that I was an artist. It's hard to put into words just how much he impacted my self-esteem and my self-image as a teenager. He really was an amazing teacher. Because of the artistic training I received from him from first grade through senior year, I left Delwood really believing that I was an artist and I could try any creative outlet. In my adult life I have been a calligrapher, a mural painter, a florist, an interior designer... to name a few. I am so grateful that I had such a capable and caring art teacher. I'm just sorry that I didn't take the time to let him know how much I appreciated him before he left us. Nancy, Mandi and Ansel... you have my deepest sympathy. Sincerely, Darcie Benton Sly

A mural I painted about 12 years ago.

Judy (Ewing) Koon.
Nancy and family, I'm so sorry for your loss. Nick was also my high school art teacher. He was always kind and I enjoyed his class. I will always remember the field trip he took us on to the Chicago Art Museum. That was a big deal for this small town gal. As you celebrate Nick's life know that he made a difference to many of his students over the years.

Nancy, Mandi and Ansel: My thoughts and prayers are for you and may you find comfort from your family and friends in this difficult time..

So sorry for your loss. Mr Toutsch was my art teacher both Delwood elementary and high school. I struggled with art but he offered positive encouragement and made me proud of whatever I attempted. I still have some drawings in my memory box and a ceramic dish made out of clay that I use to hold loose coins. Scratched in the bottom is my name, 4b (Mrs. Adrian's class) and 10/1974. May your memories comfort you.

Mr. Toutsch was my Art Teacher at Delwood, and one of my most favorite people in the whole world. He was such a gentle soul and a great artist. He always taught me to look outside the lines and think outside the box, for that I will be forever grateful. He gave me E's in Art for Excellent and I always wanted one of those from his class. My heart is sadder today to learn of his passing but do know he left a legacy of grateful students and better people in this world because of his passion as a Super Teacher. RIP Mr. Toutsch.

Mandi & Family, I am so very sorry for your loss. You all are in my thoughts and prayers. May you find comfort in your family and friends during this difficult time. Sincerely, Julie (Tracy) Thompson

My work of art

I am so sorry to hear of "TNT's" passing. I was one of his first art students at Delwood HS. I will always remember his guidance and encouragement of my artistic abilities. For that, I think of him often. I also remember the time he came running up to our house in Delmar to report an accident to my dad, (the town marshal) , and our dog took a bite out of him. God bless and keep you through your grief and loss. We called him the "dynamite TNT" with the quirky artist's hat. He was SPECIAL! Shirley (Franck) Deering of Graham, WA.

Nancy and family,
I am so sorry to hear of Nick's passing. My thoughts are with you and Mandi and Ansel, and realize how hard this is on all the family. I am sure you will have many memories of your life together which will be a comfort to all of you. Please take good care of yourself, Nancy. Thinking of all of you.

So sorry for your loss. He was a great Art teacher at Delwood.
He will be missed.

He was a great teacher! We still have art projects made in his class!

My deepest sympathys . Mr T was my art teacher in homeschool. He was one of the great ones! He will be missed!

My deepest sympathies to Nancy, Mandi and Ansel. 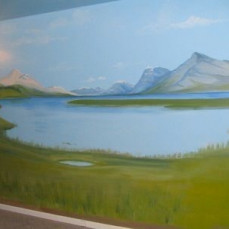 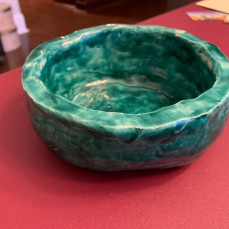 The services for Terry have not yet been added. Please sign up below to be notified when the services are ready.

Get Notified When a Service is Added

The attached photos are added to the memorial of Terry Nicholas "Nick" Toutsch to help share their legacy.

Thank you for sharing your memory of Terry