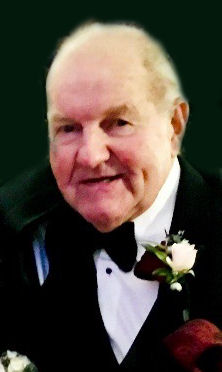 Larry Wayne Davis was born on March 7, 1938 in Maquoketa, Iowa to Claire Franklin and Veda Marie (Howell) Davis. He attended Delmar Grade School and graduated from Delmar High School in 1955. He then went to Augustana College before entering the U.S. Navy where he earned an honorable discharge. He married Shirlene Claire VanPelt on August 29, 1959 in Delmar, Iowa. To this union five children were born, David, Douglas, Michael, Lori and Kim.

Larry had first worked as the manager of Gambles Department Store in Watseka, Illinois and then returned to the Maquoketa area where he managed the Maquoketa Gambles Store for a short time. He then started a 30 plus year career with the U.S. Post Office in Maquoketa, starting out as a mail carrier and retiring as the Assistant Postmaster.

Larry was an avid golfer carding a hole-in-one and spending many days on the course and the clubhouse as a member at the Maquoketa Country Club. He had umpired high school baseball for over 50 years and enjoyed trapping and coon hunting with his favorite buddy, his dog Lute. Over the years he loved watching his grandchildren's activities, spending time with his family, playing Spade Euchre with friends, watching his LA Dodgers, and Iowa Hawkeyes football and basketball. He so enjoyed the Monday night gang at Obies and was known to have 1 or 2 Jim Beam and water. He also enjoyed Saturday morning coffee at Fareway.

In lieu of other expressions of sympathy, a Larry W. "Smoke" Davis memorial fund has been established.

4 people have supported the family by purchasing them flowers or gifts from the Healing Registry.

Lori and family, so sorry for your loss. I remember your Dad from so many of our high school events. Thinking of you at this difficult time.

Davis Family,
I did not know Mr. Davis personally, but over many years through our mutual careers in the golf industry have become good friends with one of his sons Doug Davis. Just over 1-week ago at a golf course Superintendents Christmas party Doug was telling me of Mr. Davis's hobbies including trapping, coon hunting, and golfing to name a few of Doug's memories of his dad. I can definitely see the resemblance and many common hobbies. Rest in Peace..

Davis family, we are so very sorry for your loss. We didn't have the pleasure of meeting Larry in person but his memory will surely live on through all of you. Our thoughts and prayers are with you all during this difficult time. Sending our love, hugs and healing thoughts.
Love to all,
The Rolston Family

Shirlene and family ,my thoughts and prayers are with you at this sad time. RIP Larry

Shirlene & Family,
We were so sorry to hear of your loss of Larry. He will be missed by all who knew him! Our thoughts and prayers are with all of you.

Our deepest, sincere sympathy to all of you.

So sorry for your loss our deepest sympathies and prayers are with you.

Shirlene and family. So sorry to hear about Larry. Glad I got to see y’all in August. My thoughts and prayers are with all of you.
Joan Kent Dodds

Larry will be missed. We loved seeing him & golfing with him at the club. He always had kind words, funny stories, and a smile for us whenever we saw him. Our thoughts are with the family.

My sincere condolences. Please know all of your Hawkeye family is with you during this difficult time. We all loved Larry. Our thoughts and prayers are with you. Gayle Blevins and the Iowa Softball Alumnae

I want to extend my sympathy to all of you on the passing of Larry. The first time I met Larry he was umpiring a high school softball game with my dad. I would then see him at the post office and later at the Country Club where I would see him a lot. I swear he lived on the golf course during the summer. I knew when I saw him coming that he would always have something nice to say as well as having that smile on his face. He will be missed.

Shirlene and family. You have our deepest sympathy.

Going to miss seeing his face and listening to him and Round debate. He will be missed dearly. Deepest of sympathies.

Shirlene and family-so sorry to hear about Smokey! You had 60 years together and you will always remember that..Please take care and hope that time will heal your hearts!

We are so sorry for your loss! You are in our thoughts and prayers.

Sorry for your loss, I always enjoyed my talks with him on Monday Obie’s and chat at Fareway . He will be missed by all, a great loving guy he was!

So sorry for your loss. Thoughts and prayers for family and friends.
RIP Larry

Shirlene and family, I am sorry to hear about Larry. Let the happy memories help you through this.

The attached photos are added to the memorial of Larry W. "Smoke" Davis to help share their legacy.

Thank you for sharing your memory of Larry