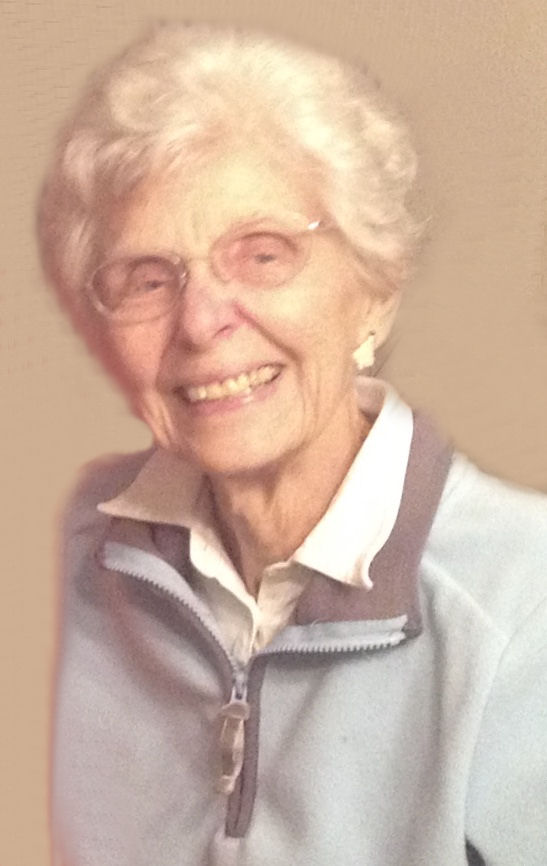 A private graveside service and burial will be held at the Buckhorn Cemetery, rural Maquoketa, Iowa. There is no public visitation. Cremation rites will be accorded. The Carson Celebration of Life Center in Maquoketa is caring for the family.

Joan Myatt was born on February 2, 1926 in Maquoketa, Iowa, to Ralph and Estella (Campbell) Myatt. She was a 1943 graduate of Maquoketa High School where she was crowned its first Homecoming Queen in 1942. She married Glen Thomas Crawford on January 26, 1951 in Maquoketa, Iowa. He preceded her in death on September 25, 2018.

After graduation, Joan installed radios in planes during the World War II effort. She then worked for Maquoketa Credit Bureau, and later for the Jackson County Superintendent of Schools. She retired after a 30 plus year career as secretary for the ASCS Office in Maquoketa.

Joan was a former "Den Mother" for the Boy Scouts and at one time had been very active with the United Church of Christ (formerly Congregational Church) in Maquoketa. She enjoyed all flowers with Roses being her favorite, spending time with her family, and birds especially Cardinals.

Those left to honor her memory include a son and daughter-in-law, David and Pamela Crawford of Maquoketa, IA; 5 grandchildren, Kelli (Roy) Lines, Kristi (Kent) Bennis, Ryan (Jennifer) Tracy, Angela Quick-Iverson (Erik), and Karma Quick-Panwala (Asit); 10 great-grandchildren; and a sister Rosemary Francois of Maquoketa, IA. She was preceded in death by her parents, her husband, brothers Ralph and John "Jack" Myatt, a sister Evelyn Gump, and a daughter Nan Ellen Tracy on July 3, 2018.

In lieu of other expressions of sympathy, memorials may be made to Hospice of Jackson County.

My heart is broken. What a wonderful lady. Sending hugs and tears to the family. Will have many fond memories of Moose's bar and great times we shared. God bless your family.

Dave and family. I am so sorry to hear of Joan's passing. Your family has had a rough past year. May she rest in peace with Nan and Glenn and may you find comfort in knowing that she is in a better place. Sheila Bentley

I’m so sorry to hear of Joan’s passing. She was a lovely lady with a beautiful smile. I enjoyed getting to know her. My deepest sympathies to the family.

Dave and Family and Ryan and Family, As a good friend of Nan's, I knew Joan quite well in our "growing up" years. She was always so cheerful and had such a great smile. She was always caring and supportive and was a positive influence in my life. She will be missed.
Marcia Heide Bloore

Dave and Family and Ryan and Family, As a good friend of Nan's, I knew Joan quite well in our "growing up" years. She was always so cheerful and had such a great smile. She was always caring and supportive and was a positive influence in my life. She will be missed.
Marcia Heide Bloore

Sorry to hear of Joan's passing. She was such a nice lady, big smiles, and kind words. She'll definitely be missed.

Thoughts and prayers to the Crawford family

Joan was one of the nicest people I have ever met. I work with her at the ASCS office. She always had a smile for everyone.

Pam & family,
Sorry for your loss My thought s & prayers are with you.
Cathy Scott Haylock

Joan had a beautiful heart. She was so kind and considerate and simply a beautiful person. I will miss her dearly. Barb Trenkamp

Dave and family, our thoughts and prayers are with you all.

The attached photos are added to the memorial of Joan M. Crawford to help share their legacy.

Thank you for sharing your memory of Joan